Play grandpa trought his grandson imagination, so grapling and fighting with his stick and slow as a old man.

Defeat the boss the faster and safer you can

39 deaths and 0 seconds not bad

Hi there, I enjoyed playing your game, despite the unconventional controls (I use a QWERTY keyboard, so it took some getting used to Q & D for moving left and right).

Aside from that, I liked the idea of reflecting the bullets back at the enemies, although it took a while to realise that the Grappling action is akin to sing a grappling hook like Batman :p

I was wondering, though, what the story was about, in terms of who are the bad guys and why was the grandfather fighting them (& is able to regenerate his health unlimited times). It was only in the end that I realised the game was keeping score of how many times I died XD 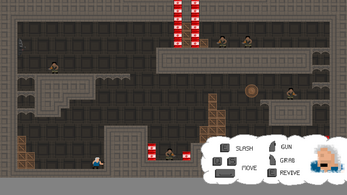 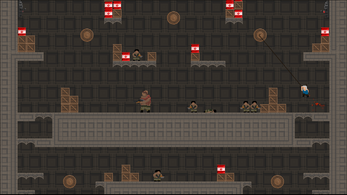 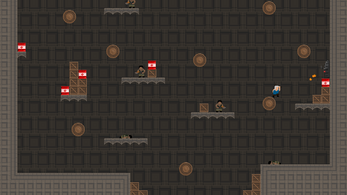